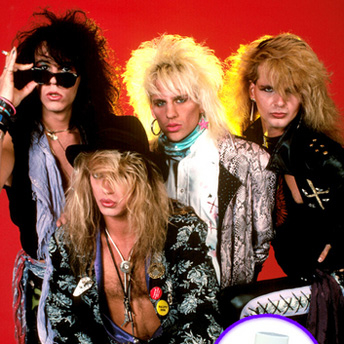 Today is one of those days. Not sure what brought it on, but I somehow have ended up listening to a bunch of Hair Metal from the 80’s, bringing back with it lots of memories from my youth. My Glory Days, as Springsteen would say, I guess. The days when all the band members during a live show would line up to  each perform 15 minute solos. By the 12th minute of the drum solo, I remember thinking: “I get it. You are good at drums. Now, dear God just stop”.  Also these were the days when we were told quite frequently about why, when and how we were about to “be rocked”, which in my opinion, might be the single most annoying aspect of Heavy Metal. Maybe music in general, although I haven’t studied the frequency of the phrase in other genres.

All I’m saying is that you don’t need to tell me about how I’m going to be “rocked” as you’re rockin’ me. It makes no sense. I’ll catch on. I understand that you might want Slow Joe, drooling in the back, deeply intoxicated, to be on the same page. But I’m sure he also, might figure it out eventually.

I don’t need you to tell me you’re going to rock me like a hurricane. I will know. I hope. If not,  you’ve failed miserably. And if you’re saluting me because I’m about to be rocked,  maybe you should cut to the chase and play the song I should be rocked by, not the song about the song. Because by doing this, you’re telling me that what you’re currently playing is crap, while the next one, is the one to blow my socks off. Unless that one, too, is about how the rockin’ is to happen sometime in the near future.

Frankly, stop saluting me. Stop telling me how awesome you going to be and just start singing about Dragons or Evil or other topics that you Metal bands are more well versed in.

Now, if I could only backdate this post to the mid 80’s, maybe someone could actually read it and take the advice to heart.

Well said my friend, well said. (by the way, that Springsteen reference is SOOO Ally!)

Yeah, I remember that comedian. I actually had that in mind writing this post. “No, you throw your hands in the air. I paid to see you do it” Hehe.