There’s been a lot of back and forth about Facebook privacy lately, so I thought I’d add to it a little with a few thoughts on it of my own. Even though I haven’t been as outraged as some, I still find the way they choose to do things somewhat disturbing.

As I said, there’s been plenty of great write-ups about this already, which I’m sure some of you have already read and I’m not going to repeat. But here are a two things worth keeping in mind:

First, Facebook is a corporation and the sole purpose of corporations is to make its shareholders wealthy, not to keep customers happy. Of course, they sometimes go hand in hand, but not always (see health insurance companies for more details on that). If you think that Facebook “cares” about you and how you feel and think, you’re delusional. They start caring when they notice a trend that diminishes their profits.

This is what we see now with the whole privacy fiasco. They don’t care if they sell us out. If you don’t complain and notice, they’ll do it because it’s in their best interest. More money in their pockets. More profit for shareholders. This isn’t anything to be bitter or cynical about, it’s just how many companies operate. It’s capitalism in its purest form. It’s a simple fact and knowing that makes all the difference. It is also the reason they’re able to provide us with this (arguably) useful service and why we can keep uploading endless videos of dogs on skateboards for free.

END_OF_DOCUMENT_TOKEN_TO_BE_REPLACED

It’s a new year and we have a new social network. It seems that they keep popping up every few weeks lately. This time, Google managed to deliver another something for me to worship. I wish I could tell them to stop or at least slow down, as my chanting sessions are getting out of hand, and there is simply not enough time to dedicate a chant for each of their products. I would be chanting from morning till night without interruption.

At this point I’m probably a member of more social networks than I have real friends and I’m still not quite sure it’s a testament to me living on the bleeding edge of technology or simply having been shunned by mainstream society as a whole. Or both.

END_OF_DOCUMENT_TOKEN_TO_BE_REPLACED 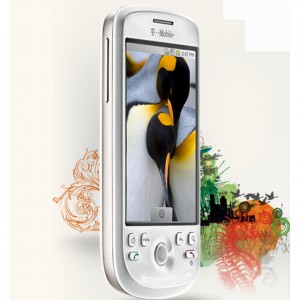 Yes, I got a new phone. I know. I totally caved in, bought an Android phone and surrendered my life to Google.  About a month ago, the wife’s phone started to malfunction, so I saw it as a great opportunity to have her be the guinea pig. I thought this was was a great idea. She needed a device to manage her busy life of juggling 2 kids and volunteering for kids new school while having an active social life. And I needed a good excuse to buy a smartphone.  A win-win, as far as I could tell. Worst case scenario, she would hate the phone and I would get something better for myself, having the prior knowledge that hers was a piece of s*#t.

As luck would have it, she ended up loving it. I was then, of course,  forced to buy one identical to hers because of all the jealousy, deep rooted shame and self esteem issues I developed by having a smaller and inferior phone.  I do no longer have to hide my face in shame or face public ridicule as I leave confines of my own home.

I apologize it took so long to write this, no doubt, incredibly important post. It took me about three weeks to type it on the on-screen keyboard.

Not sure if any of you have followed the recent breach of Twitter. For me, it hit close to home, as my Gmail account was compromised not too long ago and from reading the article below it might provide an explanation of how my account got breached as well. As many others, I too get lazy and used the same username/password for many of my online accounts.

The Twitter document leak fiasco started with a simple story that personal accounts of Twitter employees were hacked. Twitter CEO Evan Williams commented on that story, saying that Twitter itself was mostly unaffected. No personal accounts were compromised, and “most of the sensitive information was personal rather than company-related,” he said. The individual behind the attacks, known as Hacker Croll, wasn’t happy with that response. Lots of Twitter corporate information was compromised, and he wanted the world to know about it. So he sent us all of the documents that he obtained, some 310 of them, and the story developed from there.

It’s clear that Twitter was completely unaware of how deeply they were affected as a company – when Williams said that most of the information wasn’t company related he believed it. It wasn’t until later that he realized just how much and what kind of information was taken. It included things like financial projections and executive meeting notes that contained highly confidential information.

It’s a lengthy article, but a very interesting read, as it describes how “easy” it to gain access and hijack most online accounts. 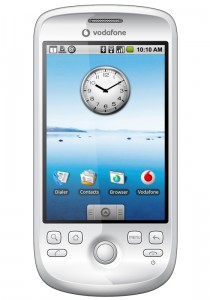 Here I am, at the dawning of an imminent release of a new smart phone by my cell phone carrier. I’ve been contemplating getting one for some time now and the new one that’s being released looks pretty interesting. No, it’s not an iPhone. Those are exclusive to the AT&T network, to which I’m not connected. I could change, I guess, but I don’t want to. Because I don’t really want an iPhone. Why? Well, let’s say it’s for ideological reasons. I’m just not very wild about the fact of having Apple controlling what I can or can’t do (not that they don’t already, since I own an iPod). Yes, I know. I can jailbreak it. Although, that just seems like a giant hassle, and again, it would just piss me off having to bypass something that shouldn’t be there in the first place.

So, the phone I’m talking about is the HTC Magic which uses the Android operating system. On the T-mobile network it will be called “MyTouch“,  a horrible name, leading any clean mind with pure and innocent thoughts straight down into the sewer. But despite the name, it looks like a very compelling device. It’s already been out for a while in Europe as I understand, but is just now coming to the US. It’s got all the good stuff that you would expect from a smart phone. Camera, touchscreen and access to thousands of apps on the Andriod Market. There are of course minor issues that would annoy the bejezus out of me too. And they are really minor, yet just as annoying as that STD you got on your happy fun trip to Thailand last year. There’s no official Facebook app!! Apparently there’s a pissing contest between Facebook and Google about some advertising deal that went sour. Not sure what, but who cares, right? Give me my Facebook app!! That’s of course just one of the things, but there are more, I’m sure. And things like that just have a tendency to turn me off and scrap the whole idea of getting a smart phone altogether.

END_OF_DOCUMENT_TOKEN_TO_BE_REPLACED

Here’s something interesting. It looks like Google is planning on releasing an Operating System next year. Could turn out to be quite the nightmare for Microsoft. As with other Google products, it looks promising. I say this without drinking too much of the Google kool-aid.

It’s been an exciting nine months since we launched the Google Chrome browser. Already, over 30 million people use it regularly. We designed Google Chrome for people who live on the web — searching for information, checking email, catching up on the news, shopping or just staying in touch with friends. However, the operating systems that browsers run on were designed in an era where there was no web. So today, we’re announcing a new project that’s a natural extension of Google Chrome — the Google Chrome Operating System. It’s our attempt to re-think what operating systems should be.

It’s most likely going to take a lot more to de-throne Microsoft on the OS front, but Google sure is trying.

Yesterday Google unveiled their upcoming product Google Wave. And if you haven’t heard of it yet, you surely will soon, as everyone is starting to talk about it already. I watched their presentation of it yesterday and was very impressed. It can very well be the next big thing, especially since its being made available as an open standard for everyone to use and build upon, just like email is today, not a closed proprietary system. If people adopt it, this might be the way we communicate and collaborate in the future.

, laid out a grand vision for the direction Google sees the web heading towards with the move to the HTML 5 standard. While we’re not there yet, all the major browser players besides Microsoft are aligned and ready for the next phase, which will include such things as the ability to run 3D games and movies in the browser without additional plug-ins. But Google wants to take it one step further with a brand new method of communication for this new era. It’s called Google Wave

END_OF_DOCUMENT_TOKEN_TO_BE_REPLACED 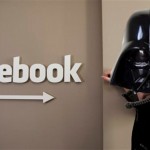 I’m constantly in search of the ultimate web tool/service to aggregate all my feeds and where I can update everything in one place without having to login to each and every service I use. Well, I’m also somewhat paranoid about the information I want to be available to whoever searches Google to find something incriminating about me. Not that there should be anything incriminating, but still. Paranoia is a wonderful thing.

And, yes, I know that there are services like Ping.fm that can do the updating for you, but for some reason my paranoia is telling me not to use it. I know I’m contradicting myself here. There’s absolutely no logical reason in my argumentation. I’m painfully aware of this. Anyone with the smallest bit of web savvy can track me down in no time, as I’m splattered all over the interwebby tubes anyway.

END_OF_DOCUMENT_TOKEN_TO_BE_REPLACED 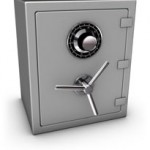 We, as most other people these days, have a computer at home. And our son and daughter sometimes like to play with it. Surf some kid sites, or just play music on iTunes, or whatever. Once in a while however, we lock it (the good ol’ ctrl-alt-delete) to prevent the kids from messing with it too much when we have important things we’re working on at the moment.

This of course, is not very popular. Especially with our son. He just can’t stand the fact that there is a password to access the computer that he doesn’t know. So, the questions keep coming: “What is the password?”, “Why can’t you tell me?”, etc, etc. And when it becomes obvious to him that I’m not going to tell him this time either, he starts  his brute force attack. I see words such as: “administratoror” (misspelled), our last name and his first name, random object names visible from where he’s sitting like “pen” and so on. It seems to me he’s trying his first dictionary attack. I feel proud.

END_OF_DOCUMENT_TOKEN_TO_BE_REPLACED

OMG! I think I want to stick sharp objects in my eyes and ears right now! Microsoft marketing department doesn’t dissapoint, yet again.